A top Eastern Cape private school recently experienced the cruel nature of sextortion when a male scholar catfished on Instagram. The teenager had recently broken up with his girlfriend and first created a large following on his fake account before posting nudes she had sent him during their time together. The girl was shamed and ridiculed. The story leads one to wonder what conversation the estranged couple might have had before the photos were leaked. Were there threats and intimidation? Was the pictures used as blackmail? And who is to blame?

The Journal of Sexual abuse defines sextortion as: When individuals threaten to spread sexual images and/or videos unless other sexual content, sexual favours, or money is provided. According to the US Justice Department, sextortion is the fastest growing cyber threat to children in the United States. And South Africa isn’t far behind.

In Johannesburg, a prestigious school was baffled when as many as 10 phones were stolen out of students’ school bags each week. The students all came from wealthy backgrounds and had their own smart phones. Closer investigation revealed that the phones were being stolen for their content. The teenage hackers used the pictures, videos and WhatsApp messages on the devices to blackmail the owners for money.

News 24 recently reported that a 14-year-old boy in Bloemfontein called the suicide helpline after being blackmailed with photos and videos he sent to a girl named “Melissa” on WhatsApp. The “girl”, whose identity still hasn’t been revealed, connected with him via a friend and started sexting him. He reciprocated with sexually explicit videos and photos of himself. She then demanded he send more extreme material and threatened to expose the content he had shared previously if he resisted. When she wanted to meet in person, the 14-year-old realised that she was not who she claimed to be. Since then Melissa has been linked to an international child pornography syndicate. A medical student from Bloemfontein who was connected to the syndicate, has been arrested on charges of intimidation, sexually grooming a minor and violating the Films and Publication Act.

Naturally victims of sextortion feel that their lives are over. These teens cannot see a way out of the harassment without being shamed in front of their parents, peers and teachers. This is what drove Criminology professor, Sameer Hinduja to sample over 5,000 middle and high school students around the U.S.A. to conduct a research study into sextortion.

In South Africa, most schools have not yet developed sophisticated protocols for handling sextortion. In general, the victim is blamed for sharing the content, when in actual fact, the victim should be protected from further harassment and the perpetrator should suffer legal consequences. Some schools also prefer to handle the matter “under the rug”, fearing reputational harm.

According to Mike Bolhuis, Specialist Private Investigator, sextortion in South Africa is out of control for two reasons: One, our police system responsible for cybercrimes is totally overwhelmed with as many as 1000 cases per officer per week.  And two, many sextortion incidents are not reported as the victims fear public humiliation.

With many schools still trying to find their feet when it comes to cyber safety and our police system overwhelmed, what can we as parents do to protect our llamas from being blackmailed?

Lastly, a note on judgement. As a society we are quick to shame the victim of blackmail for creating sexually explicit content in the first place or to label someone who sent a nude, a slut. When parents and educators punish and blame, it makes the behaviour go underground and the perpetrators walk free to extort another victim, on another day. 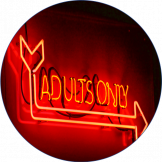 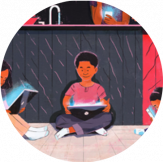 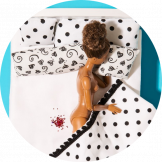 8 Tips to prepare your daughter for her first period